There are so many things to see and do in Copenhagen that we will start by saying – you need more time! But obviously, you can save some cool things to see next visit, and just get a feel for the city’s sights and sounds. This city has something for everyone, and if you’re here for 24 hours then you can still see some of the city’s highlights, experience the vibe, eat some local food and drink art and culture, and squeeze in some selfies (just don’t take them in Christiana.) For the adventurous then Copenhagen also offers some great nightlife with late-night bars and venues for dancing the night away (depending on current restrictions!)

Copenhagen is a great city to walk, bike, roam and explore, and just the right size to be able to enjoy the old town centre and most famous landmarks on foot. Easy to get around, safe, full of friendly locals, and plenty of little streets and waterways to explore. What more could you want? Here are our recommendations for the things you just cannot miss if you’re just here for 24 fun packed hours!

To kick off your adventure, start your morning routine at Nyhavn, or the New Port. Nyhavn, a waterfront district in Copenhagen, is among the most popular tourist attractions in the city, and it is here that you will find the quaintest and most beautiful old buildings in Copenhagen.

The area was not always this spotless. Once it was a dirty quarter with prostitutes and crimes abound, but thanks to the effort of local government, those days are long gone. Now you can safely tour Nyhavn without any fear of crime.

While you’re strolling around the district, remember to grab a cinnamon bun with a cup of coffee for breakfast. The quarter gets a little bit crowded after 9 A.M, so you should visit early to avoid tour groups. 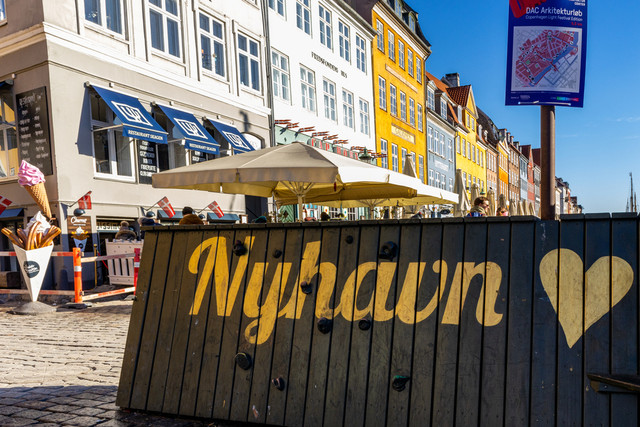 Take A Selfie At The Little Mermaid Statue

It is made of bronze and depicting the poor mermaid as she beginning to transform into a human. Since its introduction to the public, the statue has become a famous tourist attraction, with some even considering it the symbol of Copenhagen itself.

In reality, visiting this spot can be a very frustrating experience. Tourists overcrowd the area, and the statue is so small that it’s hard to take a full picture of it from afar. Besides, it often faces defacement and vandalism, so there’s a chance you might miss it on your trip.

It makes a good selfie background for your friends and family at home though so your mileage may vary. 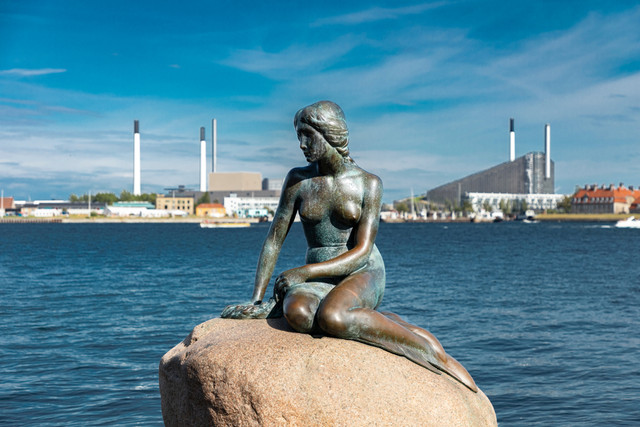 Visit Christiansborg Palace, The Most Important Building In Denmark

The Christianborg Palace is a stately neo-Baroque building which houses all three branches of Denmark government, and perhaps it is the only one in the world to do so. The palace has been burned down in two previous fires, so the current building is not the original one, but rather a modern iteration. 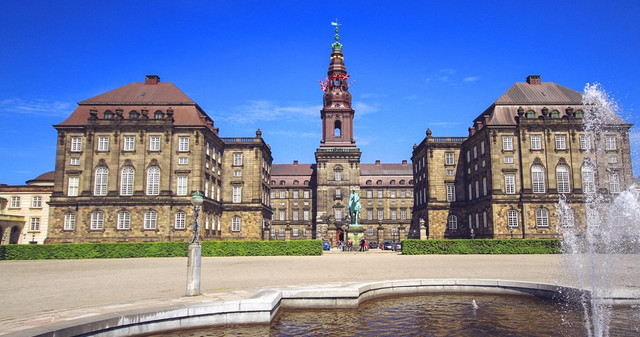 There is a small fee for the ticket, but the Copenhagen Card will have you covered. There will be guided tours in English which take about 50 minutes, and if you want to bring home some souvenirs then the palace gift shop has plenty of cute mugs and prints.

If you haven’t had enough of castles you could also consider a taking a sightseeing tour to the spectacular Renaissance castles north of Copenhagen, including Hamlet’s home — Kronborg Castle, and the Renaissance treasure of Frederiksborg Castle. 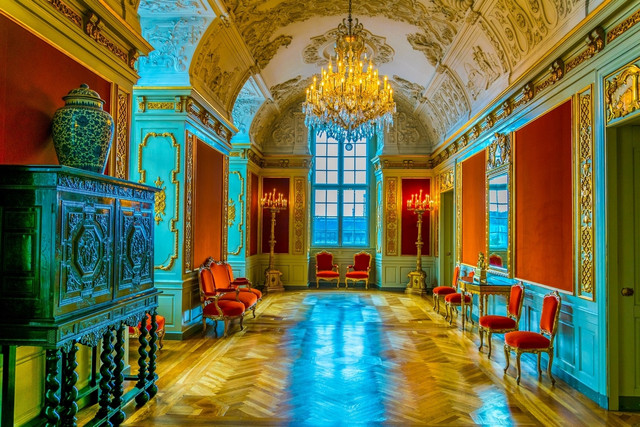 It’s time to get back to the city and enjoy our lunch! There’s plenty of restaurants in Copenhagen, but you can save a lot of cash by eating out at Torvehallerne Food Market, a special supermarket that boasts more than 60 food stalls.

The selections are vastly diverse as you can try almost all kinds of dishes here, from sushi, tapas, tacos, to fresh seafood. If you have a bit of a sweet tooth, then the desserts here will certainly satisfy you.

If you want to explore more of the incredible Copenhagen food scene, you could also opt for an evening food tour to make the most of your day sightseeing and then fill your stomach with new friends later at night. 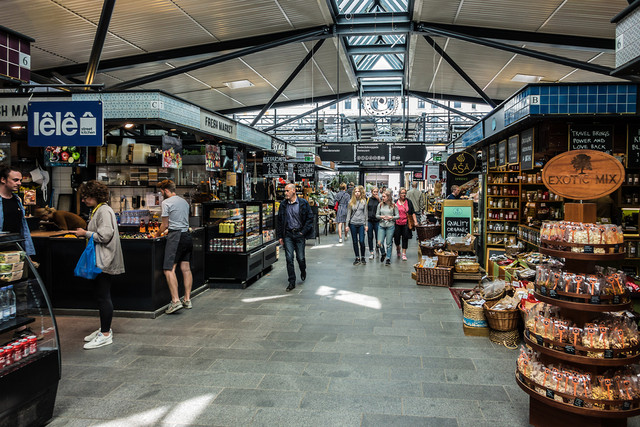 Scandinavian countries pioneer a special design trend that emphasizes on simplicity, so it is not surprising that there is an entire museum dedicated to this design philosophy in Denmark. After your lunch, it’s time to hit the road and visit the famous Designmuseum Danmark.

The museum exhibits works of art by famous Danish designers such as Arne Jacobsen and Jacob Jensen, including the Egg Chair and the PH Lamp. Apart from the permanent collection which features mostly Danish designs, other themed collections such as those emphasizing on Japanese aesthetics, are sometimes exhibited here.

There will be an admission fee, but if you have the Copenhagen Card then the fee will be covered. 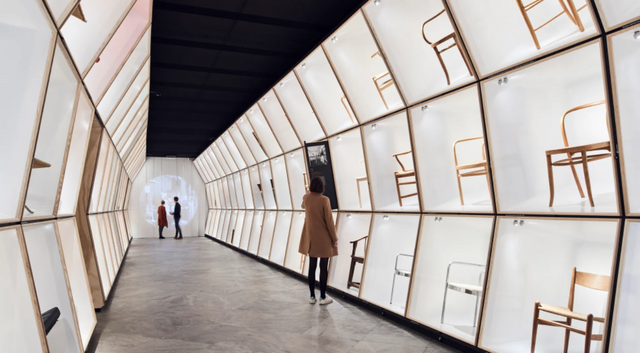 Being close to many seas, marine life plays an important role in Danish people’s way of life. Danish people take very serious steps to help disseminate marine information and aid science projects which give us a better understanding of marine life. National Aquarium Denmark, or better known as The Blue Planet, is a great way through which Danish people teach their kids about marine life.

The aquarium boasts as much as 450 species in its collection which is divided into five main sections, The Rainforest, The African Great Lakes, Evolution and adaption, Cold Water, and The Warm Ocean. If you want to understand more about the importance of marine life to us humans, I don’t see a better place to do this than at The Blue Planet. This location is also covered by the Copenhagen Card.

Don’t want to leave the city? Hope aboard a canal cruise instead to see the maritime city of Copenhagen as it was intended – from its waterways.

Go on a picturesque canal tour and enjoy the city’s prime landmarks from the water including charming castles, old listed houses, modern wonders and plenty of other exciting places of interest. 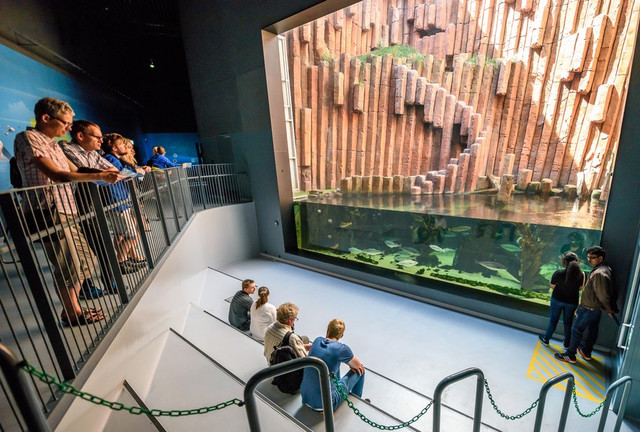 Dine At The Award-Winning Restaurant Høst

Høst is an award-winning restaurant in Copenhagen with a focus on Nordic ingredients and cuisine. True to its Scandinavian heritage, Høst’s dishes exude true simplicity with a modern twist. Høst’s menu changes by the seasons to ensure the freshest and most authentically Danish tastes.

The décor is both rustic and elegant at the same time, creating a cozy yet luxurious dining space for you to relish the finest dishes that Copenhagen has to offer.

If you have only 24 hours to explore Copenhagen, then Høst will truly be one of the best options. 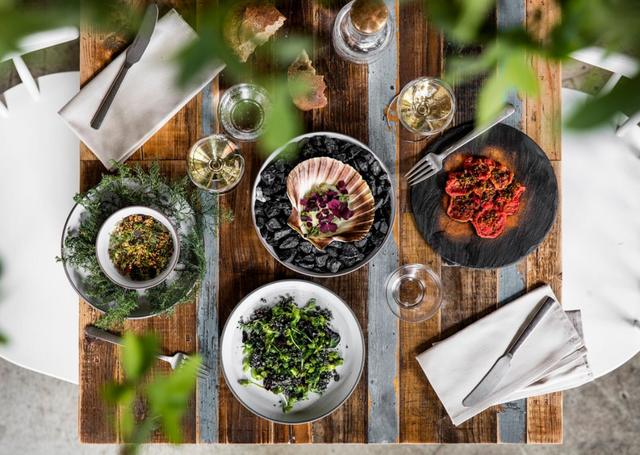 Indulge In The Decadence Of Freetown Christiania

As night draws near, it’s time to visit the weirdest and most interesting quarter in Copenhagen, the Freetown Christiania.

The area is an international commune, even though it is technically a part of Denmark, and there have been a lot of controversies regarding its legal status. In this commune, local residents lead a hippie and artistic lifestyle, and there are plenty of art workshops or live concerts for you to enjoy.

The area used to be famous for cannabis trading, which was tolerated by the Danish government to a certain degree, but it is now being boycotted by local residents. All in all, this area is a fun and alternative place to visit, so long as you don’t come here solely to get some drugs.

… Or for a more family-friendly late night fun, or really anytime, opt instead for the magical land of Tivoli Gardens, one of the must-see attractions in the city. 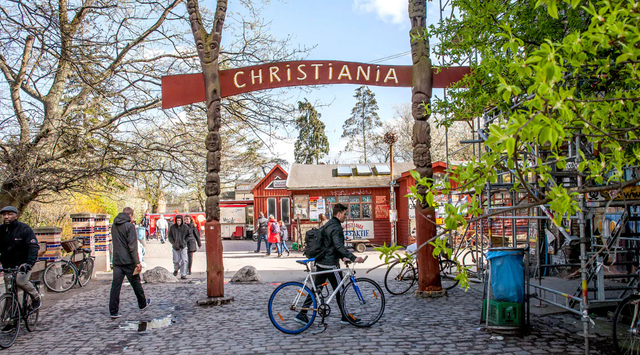