24 Hours In Paris: How To Spend Your Day In The Worlds Most Romantic City

Paris is one of the world’s most-visited cities and a popular destination for couples. A lifetime isn’t enough time to discover everything this romantic city has to offer, but our guide will help you take in three cool neighbourhoods and some major monuments; as well as setting you up with restaurant recommendations for breakfast, lunch and dinner.

Spend The Morning In Montmartre

As early as possible, we start the day in Montmartre. Particularly if you visit during the high season of July and August, its narrow, cobbled streets quickly fill up with crowds and lose their charm. Most people stick to the south-facing side of the neighbourhood, ascending towards the Sacré-Coeur via the Square Louise Michel. If you can’t face the climb on foot, either through the gardens or up the steep stairwells, you can take the funicular using a standard metro ticket. 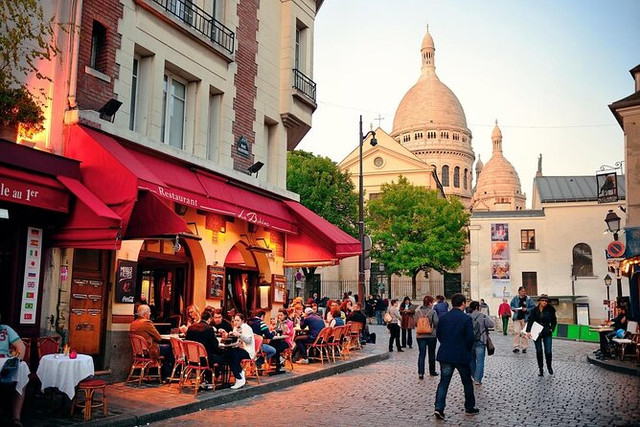 Other parts of Montmartre to explore that are a little further off the beaten track are the Rue Lepic, home at one time to Vincent van Gogh and, in her fictional universe, Amélie Poulain. The northern side of the hill is where you’ll find tranquil gardens, a vineyard and a bust of the tragic superstar, Dalida.

Two cultural venues worth checking out are the Musée de Montmartre, which once housed the studios of Pierre-Auguste Renoir and Suzanne Valadon, and the Espace Dali, which displays a permanent collection of the Spanish Surrealist’s work, notably his sculptures and engravings.

For breakfast or brunch, head to Marcel, which occupies a quiet corner on the architecturally dreamy Villa Léandre and Avenue Junot, or Coquelicot, a popular neighbourhood bakery that has a brunch menu every day of the week. If you want to grab something to go, try Pain Pain, winner of the ‘Best Baguette in Paris’ award in 2012. 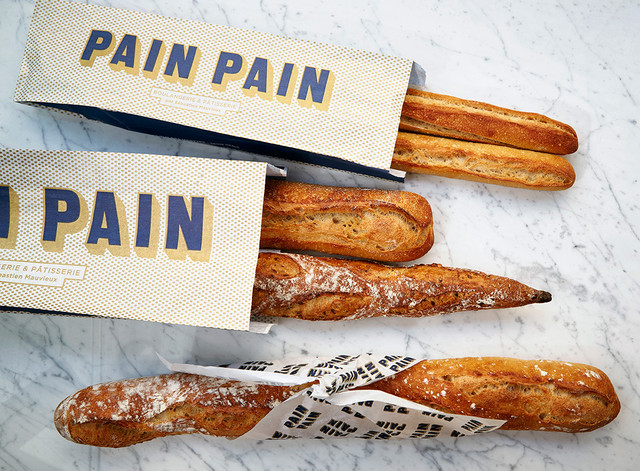 Afternoon In The Faubourg Saint-Germain

Once you’ve had your fill of Montmartre, head south from Pigalle to Concorde. This large square, famous for its grand fountains and 3,000-year-old obelisk (erected in 1836), is bordered on one side by the Jardin des Tuileries and the Champs-Élysées on the other, at the end of which stands the Arc de Triomphe. The Pont de la Concorde, which takes you into the Faubourg Saint-Germain, is remarkable both for the views it provides of the Eiffel Tower, Grand Palais and the Louvre – and the fact that it was finished in 1791 using bricks taken from the Bastille prison, famously stormed on July 14, 1789. 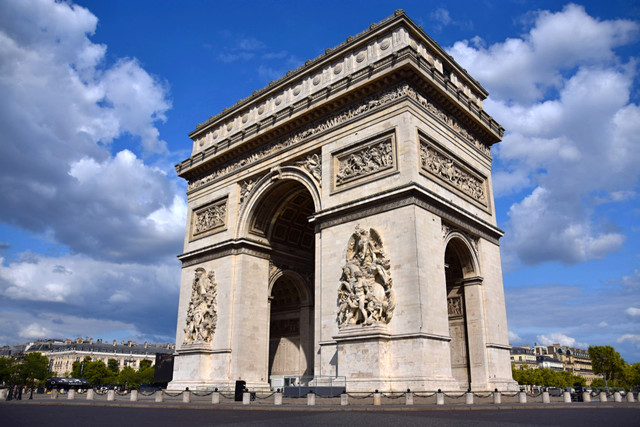 Developed during the 17th and 18th centuries as a royal suburb, in which aristocrats built their Italianate palaces, the Faubourg Saint-Germain has been the home of numerous governmental and diplomatic headquarters since the French Revolution. However, one of its most impressive buildings is the Musée d’Orsay, a former train station created specifically to welcome guests to the 1900 Exposition Universelle. Today, it houses the world’s largest collection of Impressionist and post-Impressionist masterpieces. As the big museums go, it’s less crowded than the Louvre and contains more accessible work than the Centre Pompidou.

There’s nothing like wandering around a museum to work up an appetite and Les Bouquinistes (named after the booksellers whose green stalls line the banks of the Seine) is a sleek option for lunch between noon and 2pm. On the border of the Faubourg and its sister neighborhood, Saint-Germain-des-Prés, you’ll find numerous bistros. Huguette on Rue de Seine is a chic crab shack and favourite of Left Bank locals. 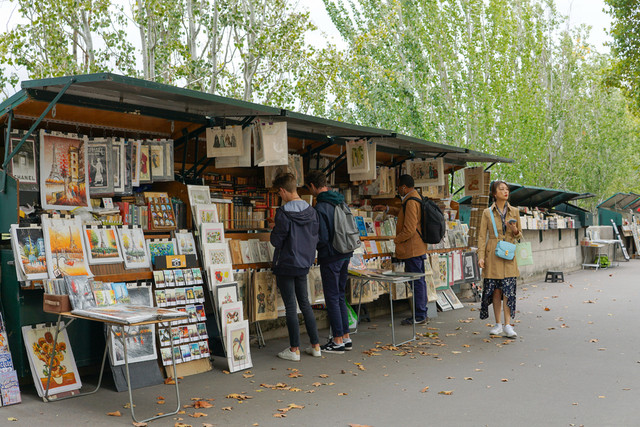 Alternatively, you could have a quick bite in one of the pop-up cafés of the new Parc Rives de Seine. Whether you walk along the Right or Left Bank, you’ll soon come to the Île de la Cité and the gorgeously Gothic Notre-Dame de Paris. 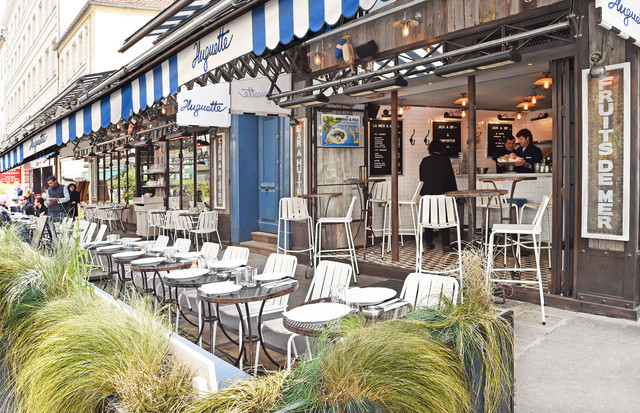 After you’ve gawped at the city’s most famous cathedral, and perhaps had a quick tour of the neighbouring Île Saint-Louis, you can head over the river and into the historic neighbourhood of Le Marais. It was here that Paris’s nobles lived before their exodus to Versailles on the insistence of Louis XIV and afterward to the more spacious Faubourg Saint-Germain. Over the past century, it has welcomed successive waves of migrants and today it contains a lively mix of Jewish, Chinese and LGBT cultures. 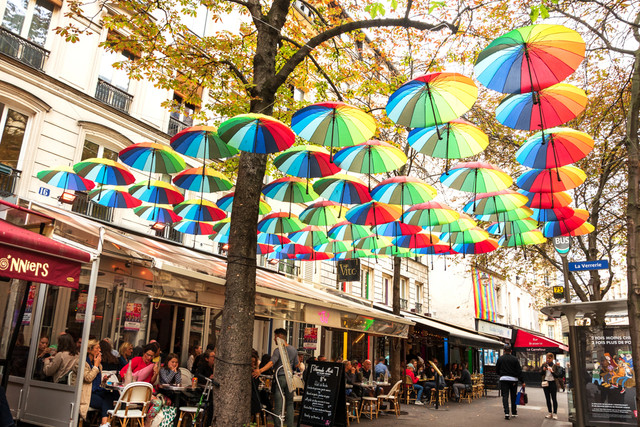 It also happens to be one of the city’s best shopping districts, offering high street flagships such as Nike and Uniqlo, as well as concept stores that cater to fashionistas and interior design fanatics. The Rue des Francs-Bourgeois and Rue du Vielle du Temple are good places to start your retail expedition and Merci, on the outskirts of the neighbourhood, is also unmissable. You’ll find that most stores close around 7pm or 8pm.

If you have the energy for more culture, head to the Musée national Picasso-Paris, which inherited 5,000 works from the artist’s estate, or the Maison Européene de la Photographie (MEP), whose five seasons of shows are always highlights of Paris’s cultural calendar. 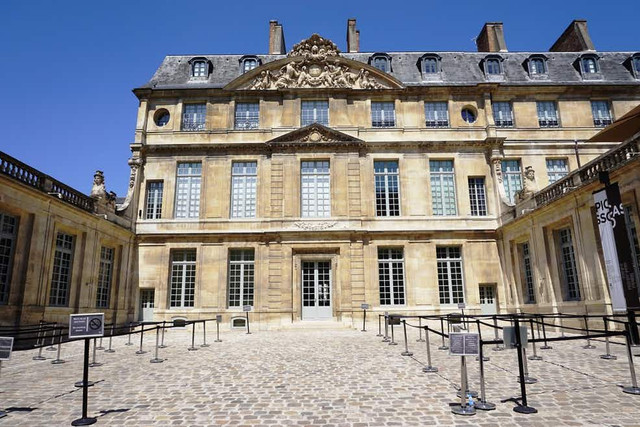 For dinner, there’s no shortage of French, Italian, and Chinese restaurants, but the area is most famous for its falafel. You can keep it casual and pick some up from one of the windows on the Rue des Rosiers or enjoy a sit-down meal at the ever-popular Miznon or the newly opened Tavline, both of which offer amazing culinary treats from the eastern Mediterranean.