24 Hours In Budapest: The Most Amazing Day In A Timeless City

From world heritage sites to michelin-starred restaurants, these are some of the best things to do with 24 hours in Budapest.

Budapest is a romantic, historic city with a timeless allure that’s sure to entice visitors to stay on much longer than originally planned. But for those with a little less time to spare, it’s still possible to experience some of the city’s top draws in just a day. From views down the Danube on the Széchenyi Chain Bridge to a trip to Buda Castle, Michelin-star dining to world-class art in Budapest at the Museum of Fine Arts, and even a few hints on where to experience the best of Budapest at night, here’s our guide to 24 hours in Budapest. Perfect for the time-pushed.

It’s going to be a busy day, set off for a morning stroll over to the Széchenyi Chain Bridge. This was the first bridge to connect Buda and Pest and offers spectacular views down the Danube; the embankments of the river and the district surrounding Buda Castle are World Heritage-listed sites.

Hop on the Funicular for an effortless ride to the top of Castle Hill – you can walk if you feel energetic, but the Funicular only takes three minutes (and offers great views). Spend an hour or two exploring the cobbled streets and beautiful Budapest architecture; many of the buildings in this historic district date back to the 13th and 14th Centuries.

If you visit only one historic site during your 24 hours in Budapest, make it Buda Castle. Highlights of the castle complex include the Hungarian National Gallery, the Budapest Historical Museum and the Szechenyi Library – something to suit every cultural whim. But if the sun’s shining and you fancy spending some time outdoors, take a walk over to Trinity Square and the impressive Matthias Church. The 19th Century Fisherman’s Bastion is also atop Castle Hill, which, in addition to being incredibly photogenic, also offers panoramic views of the city. 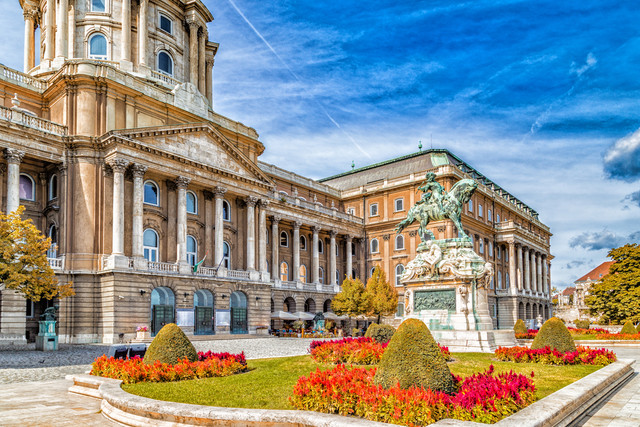 If you find yourself flagging after all that cultural exertion, stop off for a sugar boost at the venerable Ruszwurm. Order a coffee and a slice of their famous Doboschtorte, but make sure to leave some room for lunch. 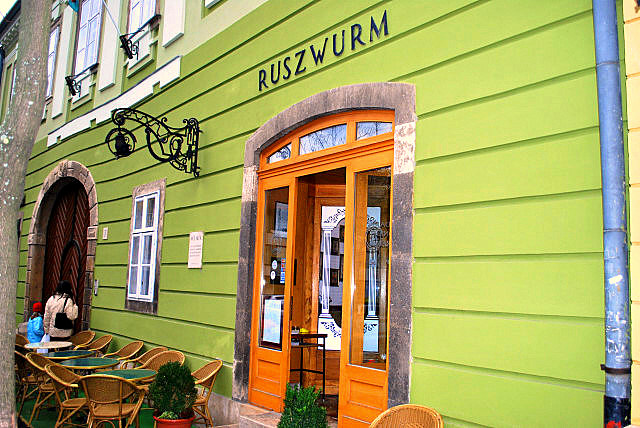 Speaking of, take a quick 15-minute taxi ride to either Café Kor (Pest) or Csalogány 26 (Buda) to settle in for a delicious and decadent lunch. Café Kor serves a fantastic menu of pan-European dishes, while Csalogány 26 has sumptuous, nigh-on Michelin-quality food, and one of the best prix fixe menus in the city.

Walk off your lunch with a stroll around the shops on Vaci Street, ending up at the Central Market Hall. At its best at around 2pm, this is the ideal time to browse the artisanal stalls here and perhaps pick up a few presents to take home. 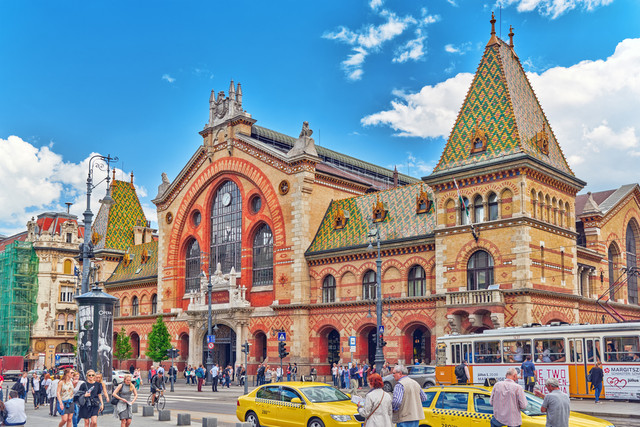 Spend the rest of the afternoon exploring some of the best art in Budapest at the Museum of Fine Arts, before unwinding in the sumptuous surrounds of the nearby Széchenyi Thermal Baths– the biggest of Budapest’s thermal baths. A massage would not go amiss after a day on your feet.

Since you only have 24 hours in Budapest, make sure to explore the best of Budapest at night. When it comes to dinner, make a reservation at one of the city’s Michelin-starred restaurants. And, as luck would have it, Onyx, Borkonyha, and Costes are all within easy reach of the Széchenyi Baths.

But if you get the opportunity to watch a performance at the Hungarian State Opera, don’t miss out; the Opera House itself is a wonder of neo-Renaissance architecture, and the ballets and operas it hosts are world-class.

Round off the evening with a visit to Anker’t, or one of the other nearby ruin bars in the seventh district, for drinks under the stars. 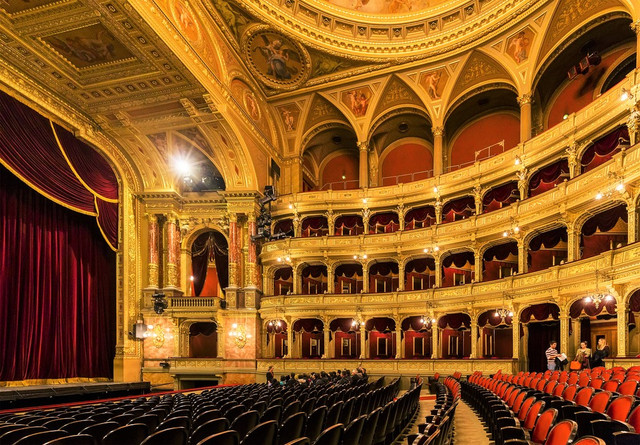 What To Bring Home

Herend porcelain is Hungary's premium product. Since the manufactory was founded in 1826, it has attracted fans ranging from Queen Victoria to Arnold Schwarzenegger. There’s a Herend shop at Andrássy út. But beware, it’s not cheap.

Tokaj is rated among the world's very best dessert wines, so it's well worth bringing a bottle or two home. Bortársaság – which specialises in Hungarian wines – has a number of outlets where you can purchase Tokaj, including one near the Chain Bridge on the Buda side of the river and another inside Klassz restaurant.

And Hungarians love their paprika, which ranges in taste from sweet to fiery. The Great Market Hall is a good place to buy some – either threaded whole on strings or powdered in bags.

Budapest is a cosmopolitan capital and there's always something going on. It's a place of proper seasons. Winter can be very cold, but the festive Christmas markets and outdoor ice rink in City Park make it a special time of year. By contrast, the summer months – particularly July and August – can be steamy. It's well worth considering a visit in spring or autumn when the temperature is pleasant, the buds are opening or the leaves blazing gold, and there are festivals of music, dance and food. Hotel prices are highest in early summer and at Christmas, and sky rocket during major events like the Hungarian Grand Prix.

Know Before You Go

Budapest is an eminently walkable city, but it also has an excellent system of public transport. There are four lines, as well as a network of trams, trolley-buses and buses. Routes worth noting are: the M1 metro line (from Vörösmarty tér out to City Park); Trams 4 and 6 (running around the Great Boulevard and over to Buda); Tram 2 (going along the Danube out to the National Theatre); and Bus 16 (from Deák tér to the Castle District).

Tickets (which are accepted on all forms of public transport) can be purchased from most metro stations and larger transport hubs like Deák tér, and some hotels can provide them. They are available as single tickets (HUF 350/£1) or in books of 10 (HUF 3,000/£8).

Budapest once had a serious problem with unscrupulous taxi drivers overcharging tourists. However, regulation was tightened up significantly in 2013, and the situation has improved dramatically; nevertheless, where possible it is prudent to ask your hotel concierge or restaurant staff to order your taxi rather than hailing one in the street.

All taxis are painted yellow, there is a uniform charging system, taxis must have a visible meter and they must accept credit card payment.

It is customary to pay a tip to reward good service. Restaurant bills often – but not always – include service (between 10 per cent and 15 per cent), so do check before settling. Note that cash tips are not generally left on the table in restaurants; instead, let the staff member know how much you’d like to add to the bill as a tip when paying or simply say 'thank you' to indicate you do not expect change.