Azores Islands – A Spring of Whales and Wildlife in Portugal

The wild and beautiful Azores Islands, scattered across the untamed North Atlantic, are often considered among the best travel destinations in the world for whale watching and ocean wildlife encounters. There are actually several reasons for this, the main one being the unique geographical position of the Portuguese archipelago  – sitting on the meeting point of three huge tectonic plates: the African (South), the North American (West), and the Eurasian (East). The tremendous forces acting down under brought forth nine volcanic islands from the watery abyss, that are today known as the Azores, and these forces are still constantly shaping the environment from the depths of the Atlantic Ocean. 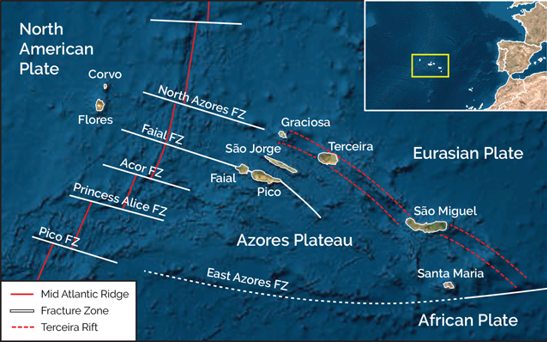 Deep waters filled with nutrients,coupled with upwelling currents by the shores blesses the region with an abundance and biodiversity of marine life, that has few comparisons anywhere on the planet. Add the mid-Atlantic positioning, and it is easily understandable why sightings of cetaceans are so frequent and diverse all year round; from migratory baleen whales to elusive beaked whales, and from oceanic dolphin species to higher rank predators such as sperm whales and killer whales. 27 different species of whale have been spotted in these waters – a third of the world’s known species, and more than any other typical whale watching destination in the world.

Of course, there is plenty of scientific information on the seasonal patterns of these incredible creatures, thanks to long-established monitoring programs such as MONICET, and the work conducted by academics, scientists and researchers. 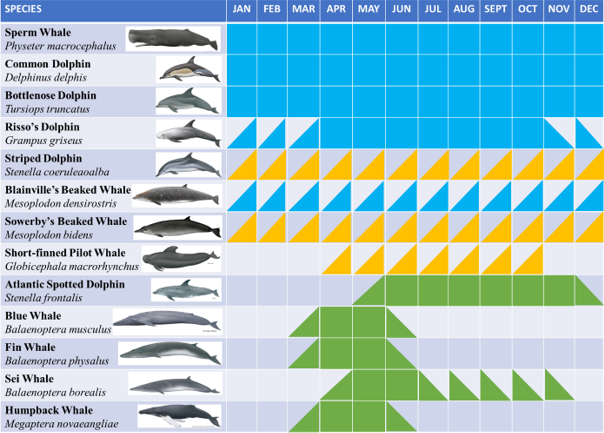 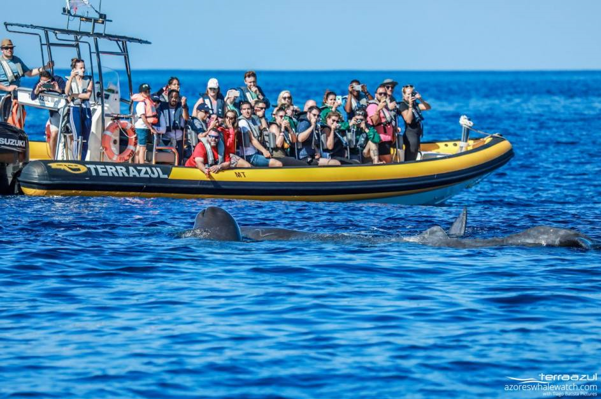 A pod of sperm whales socialising off the South coast of São Miguel Island. 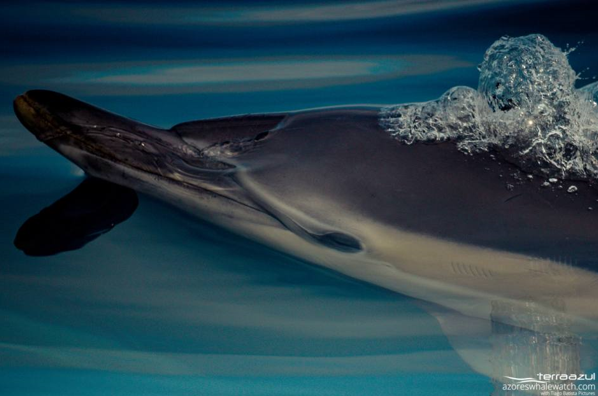 A common dolphin surfaces to breathe. 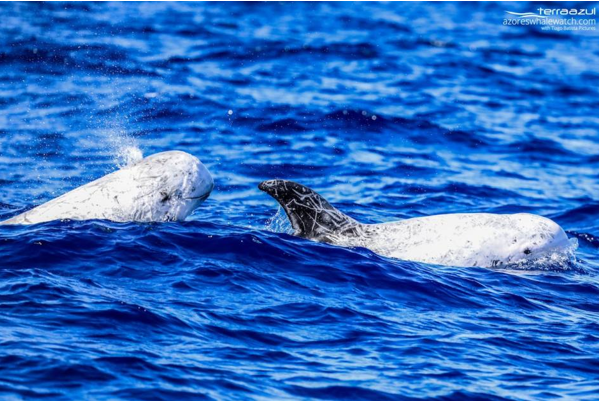 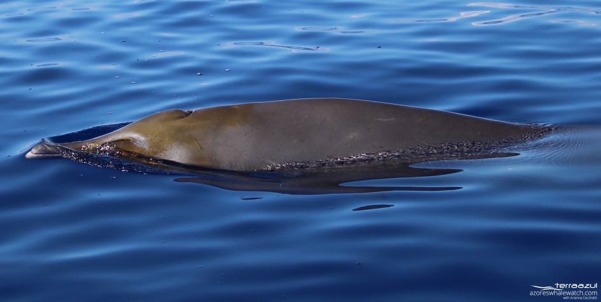 A female Blainville’s beaked whale emerges from the depths.

Other migratory species pass by the Azores archipelago in spring, summer, and autumn. Blue whales (Balaenoptera musculus), fin whales (Balaenoptera physalus), and humpback whales (Megaptera novaeangliae) pass by between March and June to feed while on their northward migration. Sei whales (Balaenoptera borealis) tend to arrive later in April, and can be seen quite regurarly until the autumn months. With the beginning of summer, large groups of Atlantic spotted dolphins (Stenella frontalis) reach the Azores from the Caribbean and stay until the end of autumn. 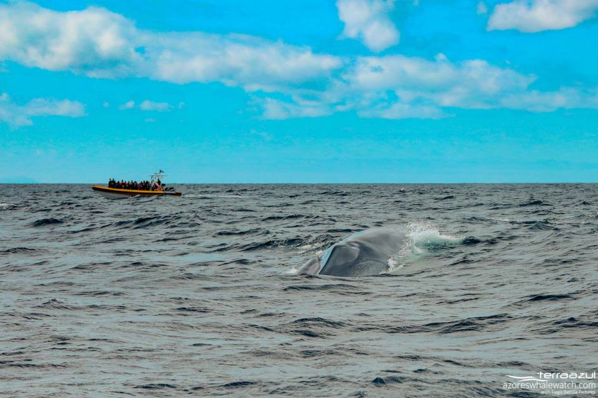 An adult blue whale searches for krill in the waters of São Miguel Island. 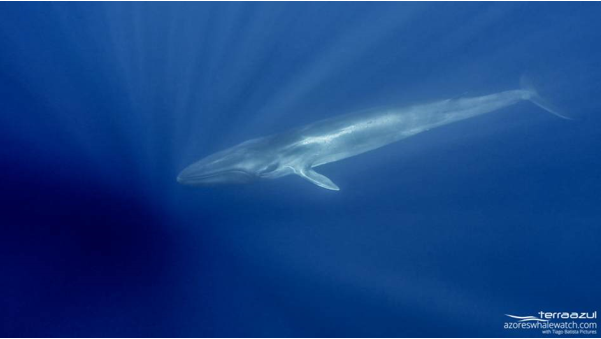 A juvenile fin whale emerges from a deep dive. 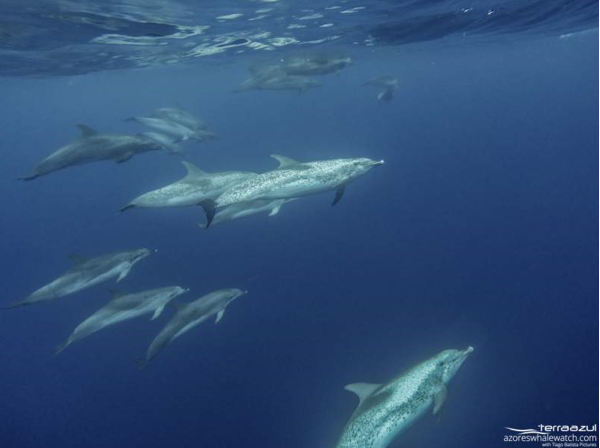 A pod of inquisitive Atlantic spotted dolphins approaches the boat.

Azores’ privileged off-shore position allows for frequent encounters with pelagic species that rarely approach the continental shelf. Striped dolphins (Stenella coeruleoalba) are seen all year long, while pilot whales (Globicephala spp.) can be spotted in warmer months. Additionally, sightings with killer whales (Orcinus orca) and false-killer whales (Pseudorca crassidens) are also possible but totally unpredictable. Similarly, other species of dolphins, beaked whales and baleen whales can be seen, but more rarely (see full list at the end of the article). 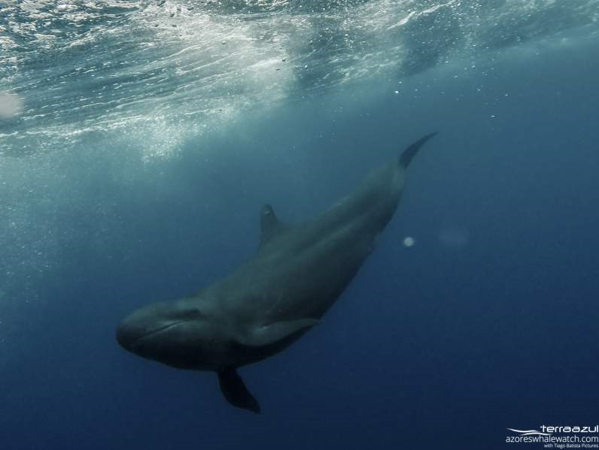 A false-killer whale investigates an underwater camera attached to the boat. 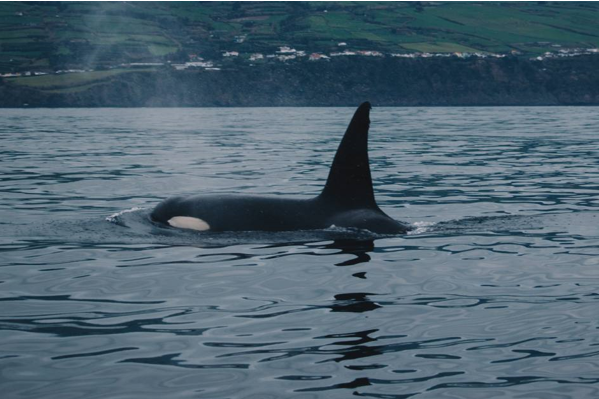 An adult male killer whale in transit with his pod near the cliffs of Ponta Garça, São Miguel Island, where one of the land spotting sites is situated.

Chances of encountering whales and dolphins are enhanced by the extremely valuable help of spotters, placed high inland, scanning the ocean looking for wildlife with powerful optics. They are in constant communication with skippers, providing information for a targeted search to find wildlife in the vast seascapes surrounding the islands.

The highly productive waters of the archipelagosustain a great number of marine invertebrates, fish, reptile, and bird species. The sight of a loggerhead turtle (Caretta caretta) resting at the surface is not uncommon, as well as encounters with large predatory fish such as sharks, tunas, marlins, and mahi-mahi. Moreover, the Azores host the largest known colonies of Cory’s shearwater (Calonectris borealis), a marine bird that can be observed from February to November, and is often involved in feeding frenzies together with dolphin and whales. 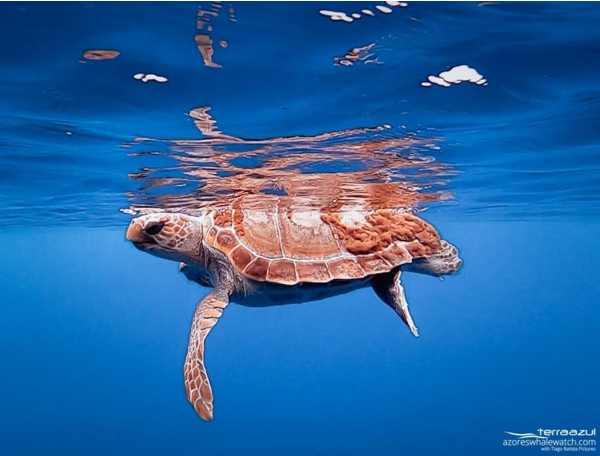 A juvenile loggerhead turtle resting at the surface. 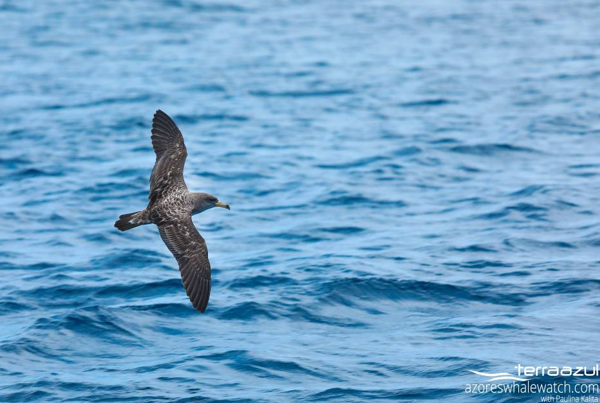 A Cory’s shearwater glides in search of schooling fish to feed on.

In addition to the incredible chances for marine wildlife encounters,the islands are outstandingly beautiful and very diverse from one other, with heaps of opportunities to explore and relax. You can always find something to do in nature, even in rainy days or when the weather at sea is not suitable for a boat trip. There are even several natural thermal pools, in particular on São Miguel Island, to recover from days filled with action.

Villages are packed with history, and traditional events which regularly celebrate island life. A great example would be the town of Vila Franca do Campo on the main island of São Miguel, with its iconic volcanic islet – known as the Princess Ring – and a protected natural area of great importance for marine birds and coastal fish species. The township of Vila Franca do Campo preserves its coastal village authenticity, and is the stage for several celebrations, colourful music festivals, marine and sports events, especially during spring time, but also throughout summer until early autumn. 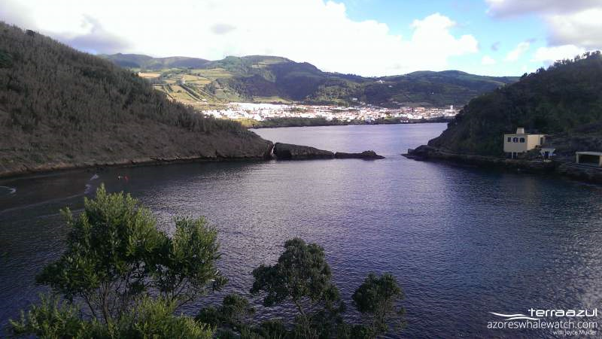 View on Vila Franca do Campo, São Miguel Island, from the crater of its volcanic islet, the Princess Ring.

Whale and Dolphin Species That Can Be Sighted In Azores Islands

Less than four hours away from major airports in Europe and the United States, Azores Islands is a must visit destination for nature lovers worldwide. For more information on the Whales and Seasons of the Azores Islands please visit www.azoreswhalewatch.com.