A soak in an onsen is a must-do experience in Japan, that comes with several unwritten rules.

Japanese Onsen etiquette can be quite confusing at first.  Most foreigners have a lot of questions. When do you go? How do you enter? Do you have to be naked? And why do people put a washer on their head?

Polish-born Karolina Polanski moved to Toyooka Japan in August 2019 to pursue a career in international relations. As a blonde-European, she’s used to standing out in Japan.

Karolina is now a regular onsen user, but it wasn’t always that way. She’s slowly navigated the onsen rules by trial and error and she has several tips for anyone looking to try this relaxing Japanese tradition. Here are her expert tips:

The unwritten onsen rules start before you leave your hotel room. The Japanese normally wear a yakata for the journey. You will usually find one folded beautifully in your hotel room.

If you decide to wear a Yukata to walk to the onsen, which is highly encouraged, put the left side of the garment over the right. The hotel staff will always fold the Yukata correctly when they leave it in your room. Take note of the folding direction so you can get the Japanese onsen etiquette correct. Wear your underwear underneath the Yukata and nothing else.

“If it is windy, keep a hand on the opening, to avoid embarrassing incidents,” Karolina said.

“If you prefer your own clothes, choose something uncomplicated that is easily put on over still slightly damp skin.”

“It can be an uncomfortable experience having to fight your skinny jeans while in a common changing room.” 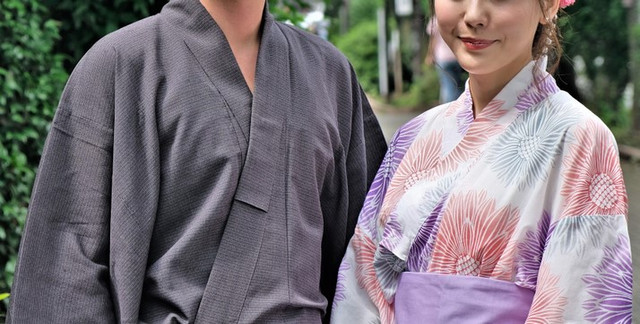 Place Your Shoes In The Line

Before you enter the onsen you will notice a line of shoes. The Japanese line their shoes up facing away from the onsen so they are easy to put on when they exit. Follow the same etiquette.

In most Japanese onsens you will find a changing room with organised boxes for storing your belongings. Take off and fold your Yukata and place it in the space provided along with your underwear and anything else you brought with you.

You Must Be Naked

“You should leave towels and other clothing in the changing room.”

Keep in mind that everyone is naked. This is all part of the experience. Go with it. 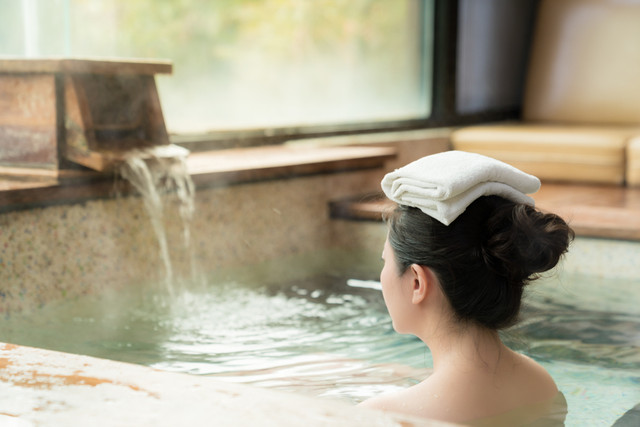 Take The Small Towel With You

When you leave the change room take the small towel with you to the onsen. It’s usually the size of a washer or small hand towel. You will use this for washing and removing excess water when you step out of the water.

Japanese people often place the towel on their head when they bathe. This helps to cool down the head while enjoying the heat on the rest of the body. Most places provide towels for free or a small fee, but when in doubt, bring your own. Use one of the small bamboo buckets to hold the towel when you take it to the shower room and into the onsen.

After you exit the change rooms you will find showers closer to the onsen baths. You must shower first to remove dirt and excess skin cells from your body. Use the soap and shampoo provided and scrub your body from head to toe.

“Before getting into the onsen, wash thoroughly and make sure there are no soap suds left on your body,” Karolina said. 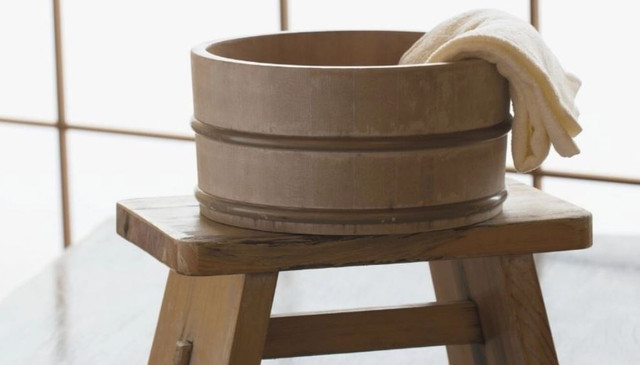 Tie Up Your Hair

Before you enter the onsen, tie up your hair to ensure it doesn’t get in the bath.

“Amusingly, this also helps shy people to be a bit more inconspicuous,” Karolina, who has blonde hair said. “Wet and tied up hair tends to look darker and one stops sticking out so much.”

“Don’t get in after you just had a big meal or when you haven’t eaten for a good long while,” Karolina said.

“Onsen bathing is a relaxing experience overall but the hot water really gets your heart pumping and people have, in fact, fainted during bathing.

When you bathe in the onsen you tend to dehydrate without really noticing. Make sure you drink plenty of water before and after your dip. 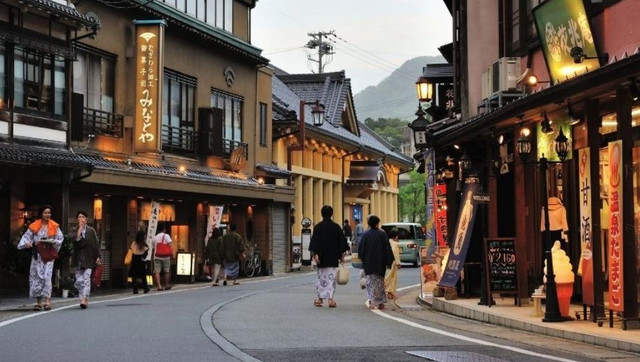 Go Alone Or In Small Groups

“If you wish to blend in or even strike up a conversation with some locals, it works best when visiting in as small a group as possible, maybe even alone,” Karolina said.

Big groups of foreigners tend to draw attention and are often considered to be a bit intimidating.

Keep Your Voices Soft and Quiet

The onsen is a place to relax. You should try to be quiet and calm.

“Be prepared for someone to stare at you,” Karolina said.

“For every ten Japanese that will modestly avert their eyes, there will be at least one that will not make a secret of staring.”

“Very often those are older ladies (or gentlemen, as far as I have been told) and children.” 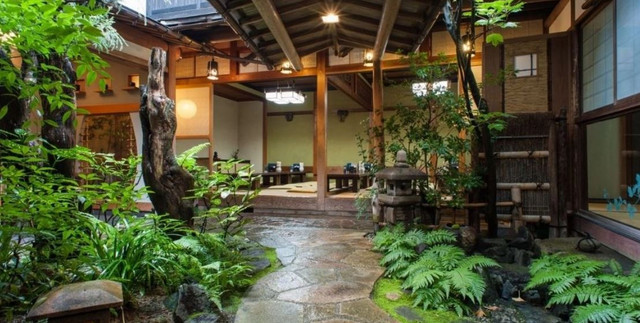 “It is common courtesy to give other people some space and not sit down right next to them, or squeeze into an already well-filled pool,” Karolina said.

“It is in Japanese but pretty intuitive and, with some google translate magic, easily understandable,” she said.

If you do want to interact with the locals, follow the Japanese onsen etiquette and make (very) short eye contact and smile, Karolina said.

“People might approach you to find out where you are from, if this is your first time at an onsen and how you are enjoying it,” she said. “English ability varies wildly but even with just a couple of words and some gestures, it is usually possible to get things across.” 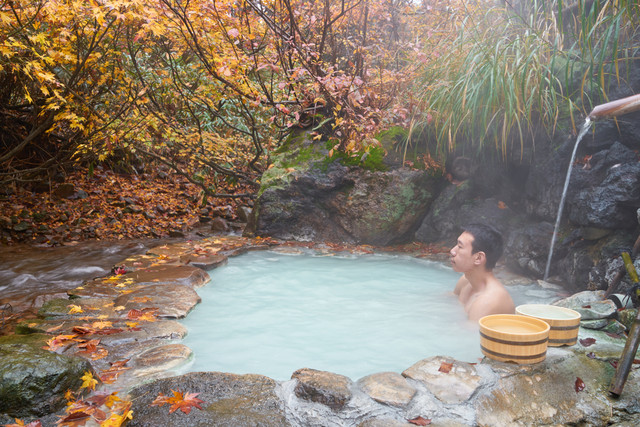 The onsen is not a swimming pool. It’s not a place to splash and play. It is a place to slow down and ease your muscles. You should also move slowly while in the bath to avoid slipping and falling.

The heat of the water in some onsen baths can be intense. If in doubt, several shorter dips are preferable over one long soak, to not overstrain the body.

If you have trouble imagining visiting a public bath naked, together with a bunch of strangers, or just want to first get a private taste of the onsen experience before mingling with others, you can try using a private bath first.

Many hotels offer the possibility to reserve a private time slot in their baths.

Kinosaki is a small Japanese spa town built squeezed in between the mountains and the sea on Japan’s middle island. It’s widely regarded as the best onsen town in Japan.

Karolina visits Kinosaki regularly and says anyone who wants to have an onsen experience should pop it on their travel list.

“My favourite bathhouse in Kinosaki is Satono-yu, because it is quite big, beautifully designed, aiming for a natural look and has a nice view of the surrounding landscape,” Karolina said.

It is also conveniently located right next to the station. Jizono-yu and Ichino-yu hotels in Kinosaki will arrange private bath sessions.