Travel is a matter of personal taste, but there are some attractions that most tourists feel simply compelled to see. These are the locations that everyone brings up when they talk about travel, the destinations that grace countless postcards and litter the pages of travel guides.

Going to Paris? Well, you simply must visit the Eiffel Tower. You can’t possibly leave New York without visiting the Empire State Building. Heading to Thailand, well you must have heard the hype about Phuket, right?

These bucket-list attractions are famous, so they must be famous for good reason, goes the thinking. The hard truth is, however, that some of these places used to be a big deal but now aren’t. Others are places that everyone thinks should be interesting but just aren’t, and then there are those destinations that the locals will desperately try and convince you are worthwhile, despite the fact - you guessed it - they aren’t.

Some of the world’s most famous attractions are simply way over-hyped. So save your previous time and money and read our list of the 8 most disappointing attractions on the planet. It’ll make you think twice before planning your next once-in-a-lifetime trip. No need to thank us.

1. She’s Smaller Than You Think: The Mona Lisa, Paris

The Louvre in Paris is the largest, most-visited art museum in the world. Some 8.1 million tourists flocked here in 2017 to admire its some 70,000 artworks. But one artwork draws the crowds like no other, and that’s the famous painted lady by 16th century artist Leonardo da Vinci.

Despite measuring a tiny 30 by 21 inches, the Mona Lisa is one of the most viewed works of art on the planet. Of course, this means you’ll have to barge your way through hordes of selfie-snapping tourists just to even catch a glimpse. But why bother? There is a lot more wonderful art around the Louvre that’s worthy of your attention. 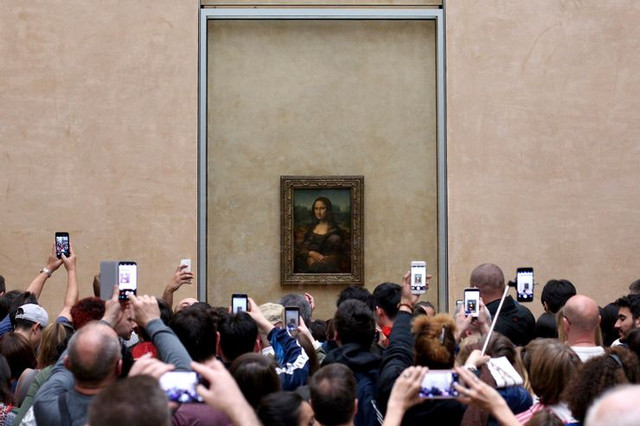 2. The Mystery Is More Fun Than The Reality: Stonehenge, UK

This neolithic landmark often makes it into “overrated and disappointing tourist destination” lists, so don’t just take our word for it. If we're honest, the most fascinating thing about Stonehenge is the backstory - or rather, its lack of backstory.

How did the stones get there? What are they for? This is the mysterious, interesting stuff. The actual site itself, however, is just a bunch of big rocks.

Another problem for hard-to-please sightseers is that you can’t even get up close to them, despite the hefty entrance fee.

It’s one of the ultimate sightseeing clichés, posing hilariously with the Leaning Tower of Pisa, while mucking about with forced perspective and "propping" the tower up with a hand or two. Beyond this, however, there really is very little to it. It’s just a tilting old tower in Pisa.

Tourists flock to this Italian landmark, yet it’s surprisingly small. Add to the mix huge crowds and souvenir salesman and the result is a very disappointing travel experience. 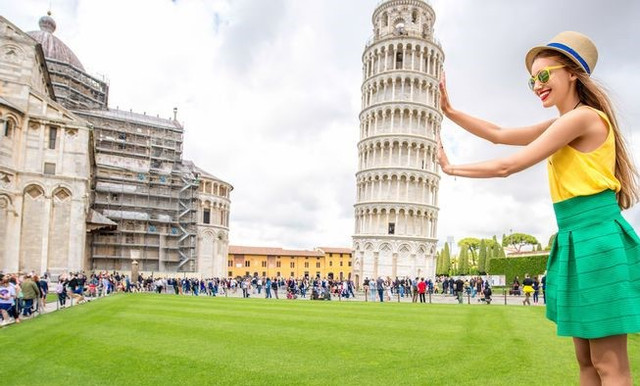 4. Walk On By: The Hollywood Walk Of Fame, USA

You’d have to have a deep passion for bits of pavement and handprints to bother with this Los Angeles attraction. With more than 2,500 handprints, this famous landmark gets old fast, and it isn’t what it used to be either, with many of the plaques, even those belonging to the most beloved stars, in a state of disrepair.

There's a reason Hollywood's Chamber of Commerce decided to put stars bearing the names of stars on either side of this particular stretch of Hollywood Blvd: there is literally no other reason for you to go there. Trust us, the Walk of Fame isn’t reason enough. 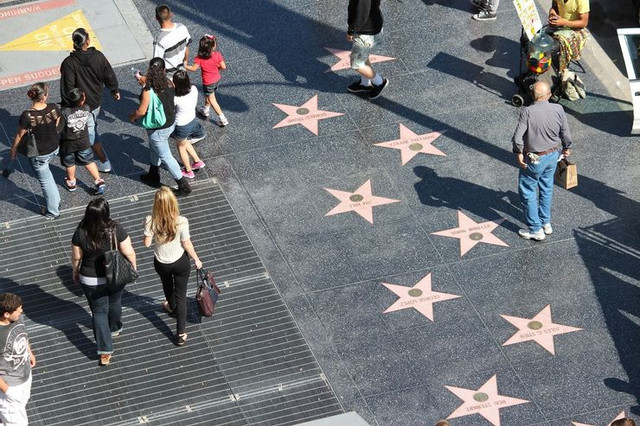 5. The Hype Is Over The Top: The Eiffel Tower, France

When you think of awesome views of the Paris skyline, there’s one landmark sure to dominate - the Eiffel Tower. But guess what? When you visit the tower itself, your view from the top is missing this legendary French attraction.

Once you get close to the Eiffel Tower, the magic almost completely disappears. Plus, the queues will test even the most patient traveller. 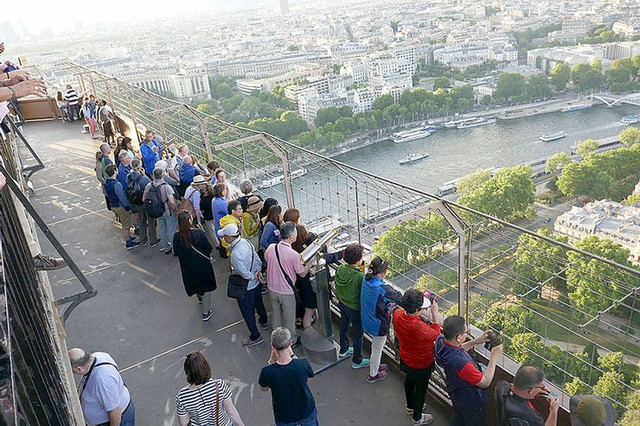 6. An Ancient Wonder At Odds With A Modern World: The Pyramids At Giza, Egypt

The fantasy of visiting the Great Pyramids, one of the Seven Wonders of the Ancient World, is quite different to the reality.

These great structures have not been untouched by time, insomuch as they now enjoy a backdrop of Pizza Hut, KFC, and a ton of litter.

Although crowd numbers have been in steep decline, the site still has its fair share of aggressive touts and security measures mean you can't touch the Sphinx or climb up the sides of the pyramids anymore. The pyramids are remarkable, but the fact they are so marred by modern Cairo is enough to disappoint many travellers. 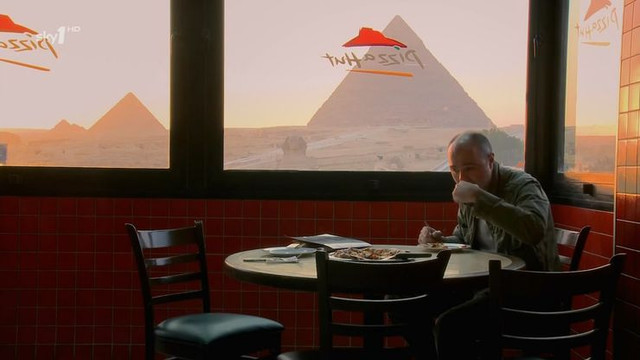 Patong is the most famous beach resort on the popular holiday island of Phuket. But visitors hoping for an exotic beach vacation will not find it here.

Patong can be overwhelming for a new arrival. In fact, with stories about its chaotic nightlife, drink-spiking, pickpocketing and scams, it can sound downright intimidating.

The nightlife is centred around Soi Bangla (Bangla Road), with literally hundreds of restaurants, Go Go Bars and nightclubs. If you go to Phuket looking to experience Thailand, you’ve gone to the wrong place. 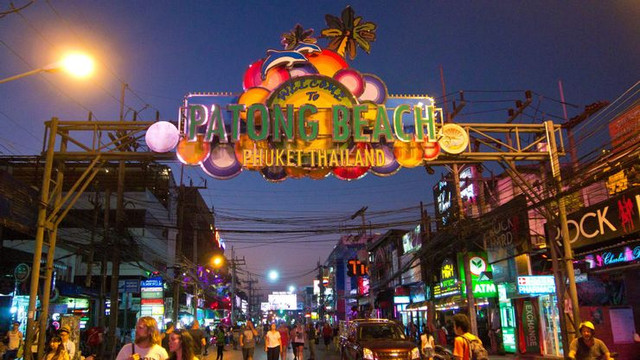 8. There Are Better Beaches In Sydney Than Bondi

For every person that loves Bondi Beach, you’ll find two others who can’t understand why.

There’s no denying the beach is stunning, but when you have to share it with 40,000 other tourists who flock to this Sydney landmark every single day, it kind of puts a downer on the experience.

Despite its reputation, it’s not even the nicest beach in Sydney and according to Time Out City Life Index, Bondi is ranked as the most overrated suburb in Sydney thanks to it being too crowded, difficult to get to and overpriced. 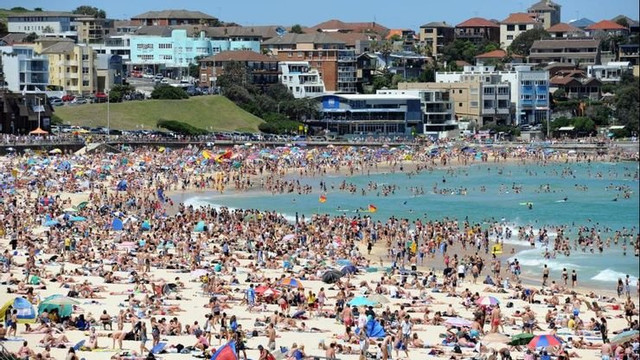