With seven restaurants topping the World's 50 Best Restaurants list, Spain's gastronomic landscape is on the cutting edge of fine dining.


In cities like San Sebastián, Barcelona, and Seville, food isn't just an art, it's a culture. Thanks to the towering influence of the great Catalan chef Ferran Adria, Spain is home to some of the most genius culinary minds in the world, not to mention pitch-perfect service and dining experiences that verge on theater.

To find the crème de la crème, we studied Spain's Michelin Guide, the World's 50 Best Restaurant List, and numerous critics' reviews so you don't have to.

Keep scrolling to explore Spain's culinary universe through its 20 most incredible restaurants.

Asador Etxebarri is a fine dining exploration of all things smoke and fire. Chef Victor Arguinzoniz has based his entire restaurant (and his entire life) around the grill. Every dish that comes out of this country restaurant (No. 13 in the world) has a hint of smoke, and Arguinzoniz is known to locals as "the Ferran Adrià of the hearth." He's famous for his homemade chorizo, which he often prepares as tartare. 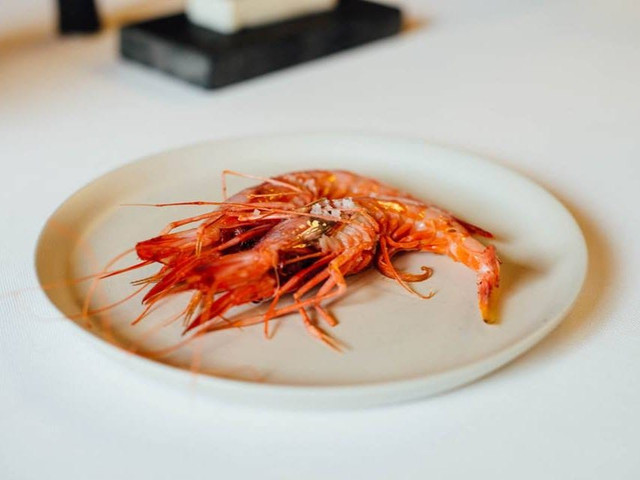 With three Michelin stars, Arzak is ranked No. 17 on the 2015 World's Best 50 Restaurants list. Operated by father-daughter duo Juan Mari Arzak and Elena Arzak Espina, the kitchen turns out modern Basque dishes like its famous "Red Egg," made with piquillo peppers and crispy trotter meat. 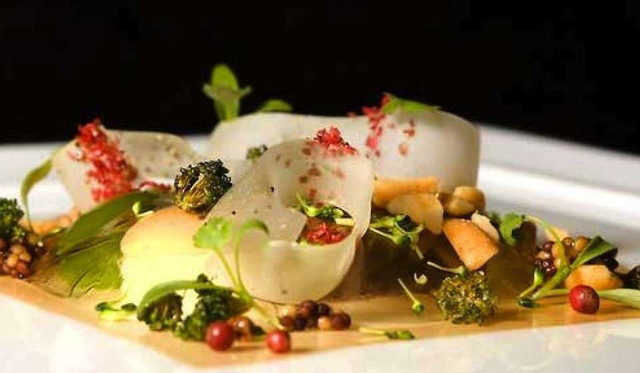 Azurmendi chef Eneko Atxa, who has been cooking professionally since the age of 15, puzzles and delights with dishes like an "inside-out" truffled egg and noodles made of squid. A pioneer of ultrasonic cooking, Atxa is also fervent about sustainability. Not only does the restaurant (No. 19 in the world) use geothermal technology to heat and cool its environs, it also recycles its own waste and harvests rainfall. 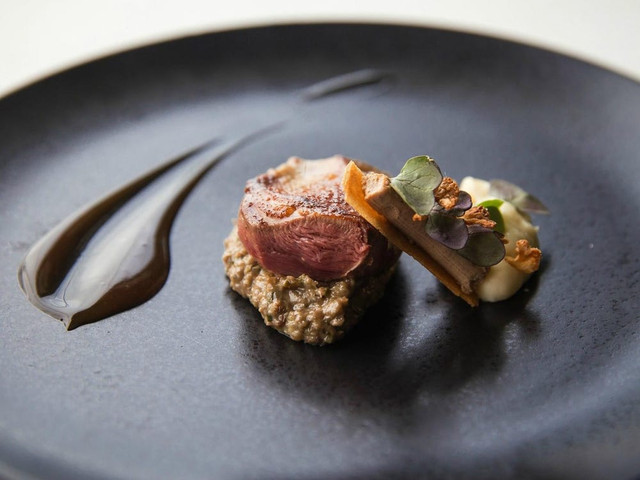 Chef Quique Dacosta prepares a variety of tasting menus (some exceeding 30 dishes) in his three-Michelin-starred restaurant (No. 39 in the world). Look out for the tobacco leaf and toro, a sashimi-style tuna belly presented on smoked, caramelized kelp with micro herbs and onion rings. 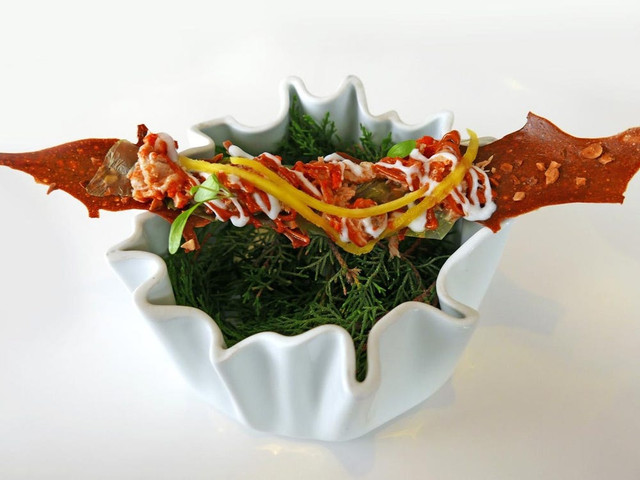 According to Condé Nast Traveler, Navarra — the region that hosts Pamplona's infamous Running of the Bulls — is emerging as Spain's next great food scene. Ernest Hemingway loved this 19th century cafe, where he began writing "A Farewell to Arms," "A Moveable Feast," and "For Whom the Bell Tolls," among others. 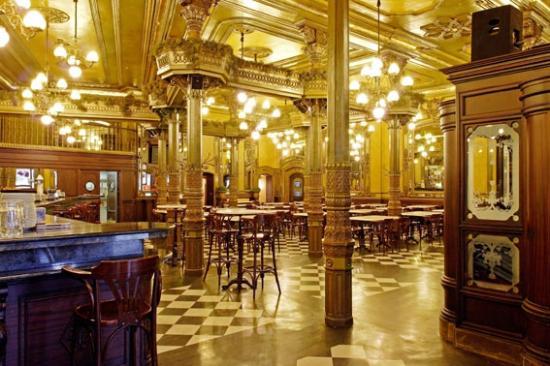 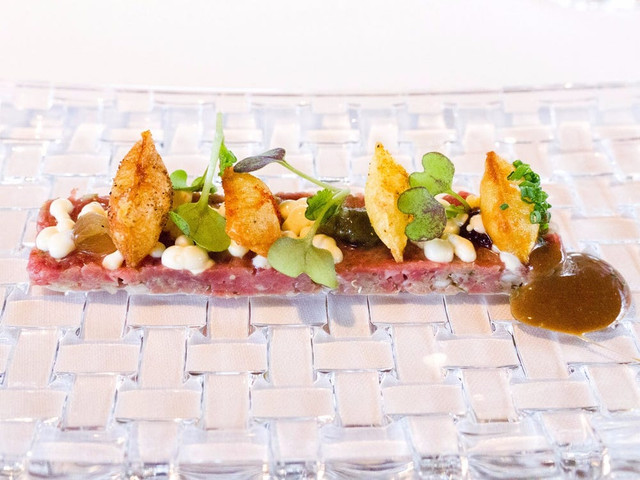 Dubbed one of the best restaurants in San Sebastián by Condé Nast Traveler, this hillside locale affords breathtaking views of the Bay of Biscay. Chef Pedro Subijana, who has earned three Michelin stars for the restaurant, suggests choosing from one of his three tasting menus (175€ per person) for the best experience. 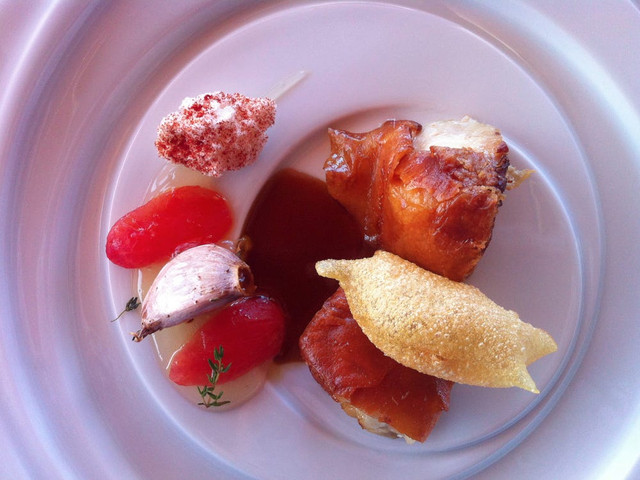 If you're big on seafood, this is the place for you. Can Majó receives only the freshest, most exotic Catalan coast seafood (think barnacles, Galician clams, and sea cucumbers) daily. Suggested dishes include paella and a traditional seafood casserole called "zarzuelo." 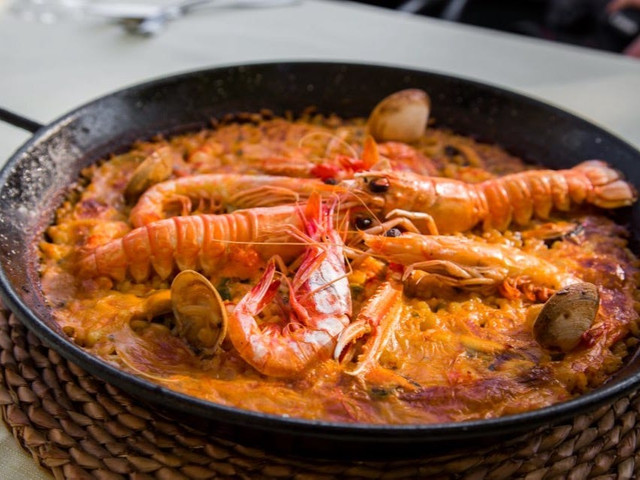 At more than $200 per person, the "great tasting menu" at Martín Berasategui can include dishes like a monkfish liver marinated in sea chlorophyll and a suckling lamb chop with parmesan whey. Desserts promise whimsies like tea flower ice cream, frozen whisky cream, and saffron veiled macarons. 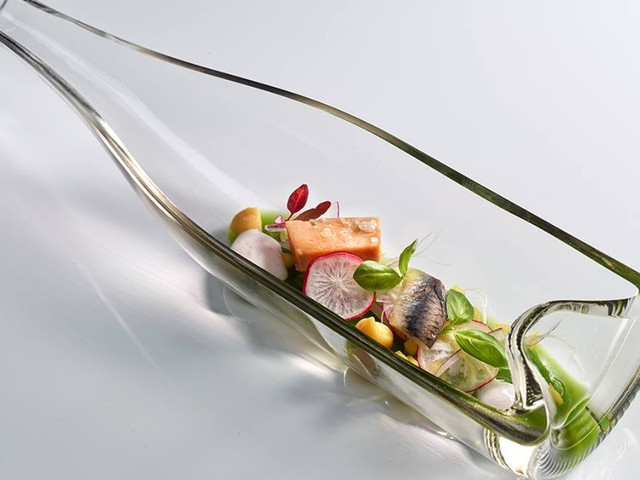 This three-Michelin-star restaurant fuses the cuisines of Spain and China. Its edgy décor includes flying pigs and walls of butterflies, which perfectly echo Chef David Muñoz's artful fare. Upon trying Muñoz's take on shumai dumplings, travel show host Anthony Bourdain proclaimed, “I love my wife, I love my daughter, and then I love this.” DiverXO ranks No. 59 on the 2015 World's Best 50 Restaurants' top 100 list. 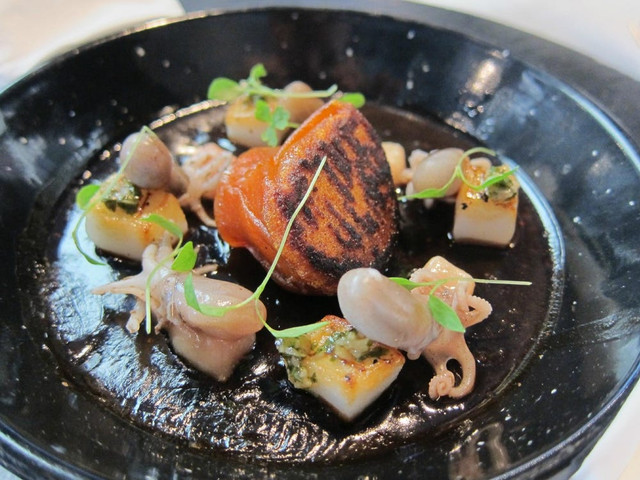 Madrid-based food writer James Blick chose La Castela as one of his top 10 tapas bars in Madrid. With its "lightening-fast" service and complimentary tapa with every drink, La Castela is already a must-visit for drinks and a bite. But its refined dinner menu takes things to a whole other level. 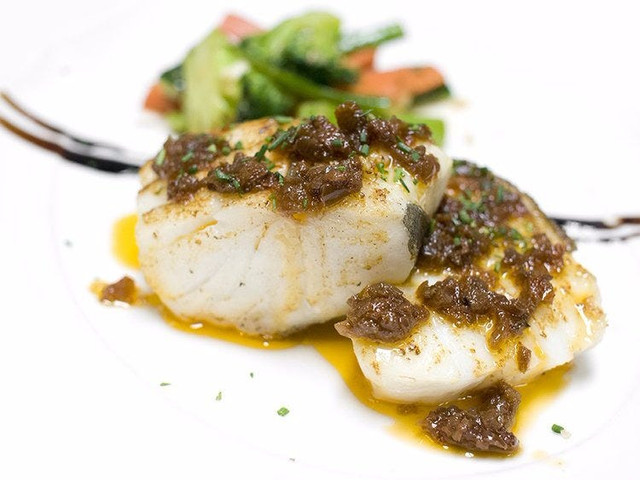 At chef and owner Andoni Luis Aduriz's restaurant, menus do not exist. Diners are served 24 courses tailored specifically to them. However, if you're concerned about blindly putting your palate in the hands of the chef, consider the fact that his is the No. 6 restaurant on the planet. 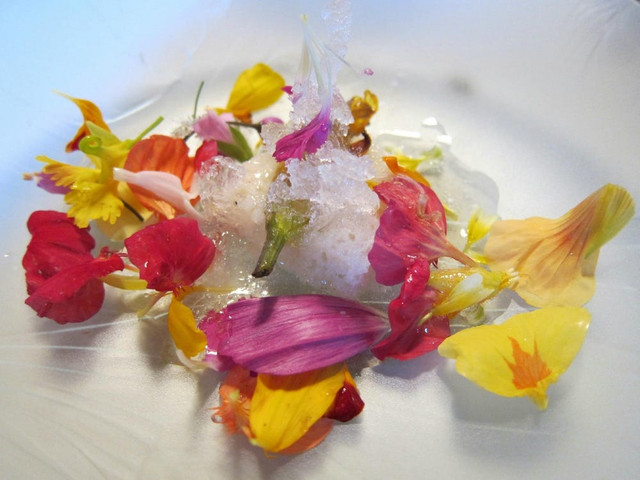 Boasting the best paella in Madrid, this famed restaurant is the place to go for traditional Valencian cuisine. The menu promises over 15 varieties of rice and paella dishes, all of which generously serve two or more people. Try the La Barraca Mixed Paella, which is chock-full of mussels, grouper, king prawn, chicken, and pork. 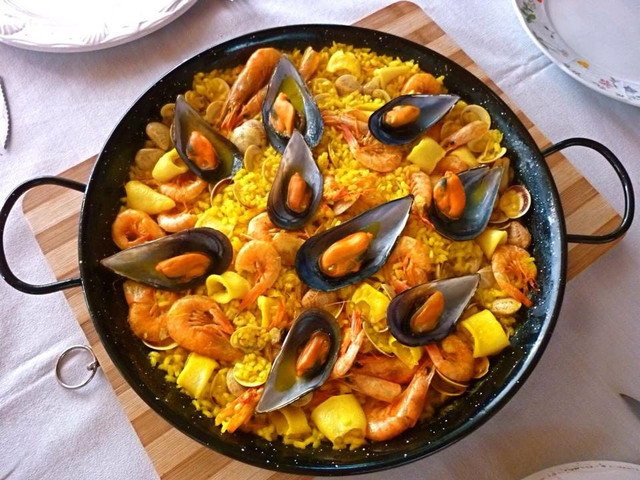 Located in Bilbao's Guggenheim Museum, Nerua holds one Michelin star and claims the No. 68 spot on the 2015 World's 50 Best Restaurants' top 100 list. Access to the restaurant is through the kitchen, relaying to diners that no area is off limits. Award-winning chef Josean Alija delights guests with dishes like candied baby squids and veal sweetbreads roasted in black butter. 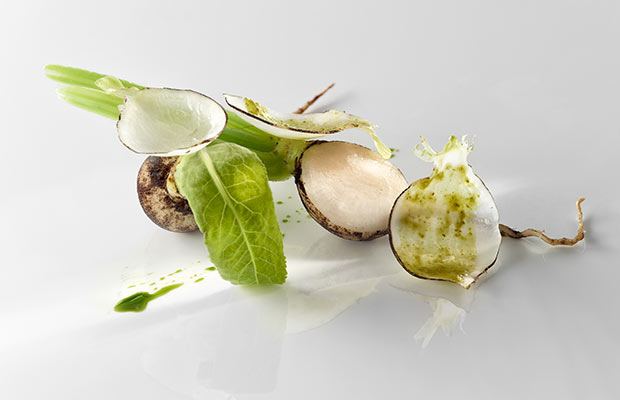 Founded in 1725, Botín is the oldest restaurant in the world, according to the Guinness Book of World Records. Authors F. Scott Fitzgerald and Ernest Hemingway both dined at the Mediterranean restaurant, which uses a traditional Castilian-style oven to roast its succulent meats. 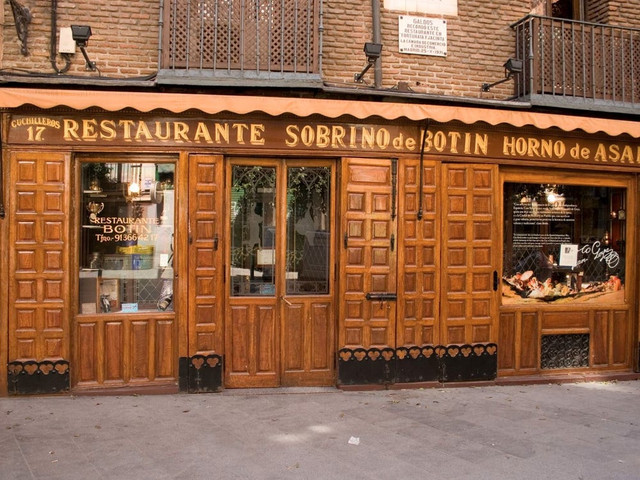 For dinner and a show in Seville, you can do no better than Restaurante Oriza, located near the historic Lope de Vega Theatre. Featured in Conde Nast Traveler's "Guide to Seville," Oriza's seasonal menu includes chef recommendations like fresh salad with codfish sheets, orange slices, black olive tapenade, and a pine nut mayonnaise. 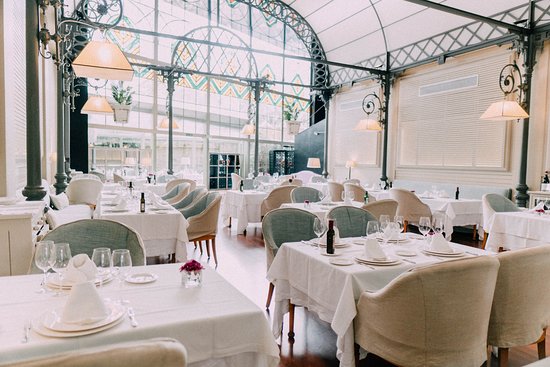 Guests can either venture upstairs for a gourmet meal or head downstairs for a shared dining experience at Sergi Arola Gastro. With sophisticated fare like pigeon stuffed with red prawn in a light cherry stew, the restaurant holds two Michelin stars. 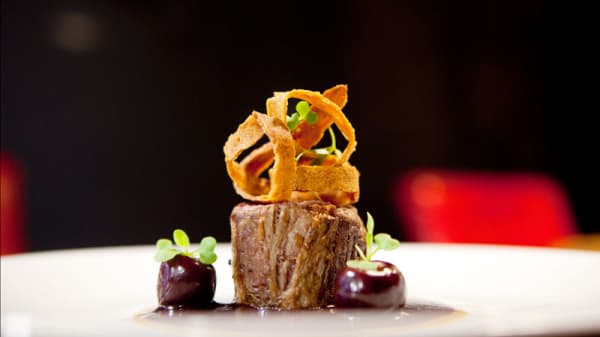 Perched on the Catalan coast, Chef Carme Rusca's three-Michelin-star restaurant is a study in seasonality. Tasting menus promise delicacies like medium-rare roasted Iberian pork and mini-macaroni served with vegetables, fennel, and basil in a citric sauce. 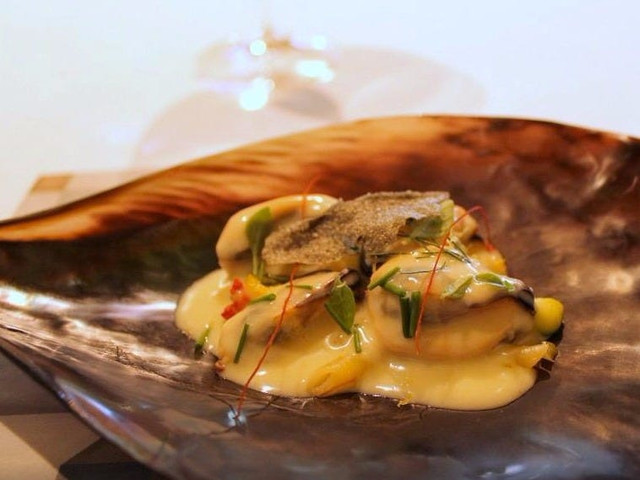 It's safe to say that the food and the views are on equally splendid playing fields at Taberna del Alabardero hotel's restaurant. The quaint yet four-star hotel is actually a 19th century mansion, setting the scene for an unforgettable meal by Chef Juan Marcos. The theme here is luxury, from the duck breast served atop peach tartin to the beef tenderloin with foie gras and truffle sauce. 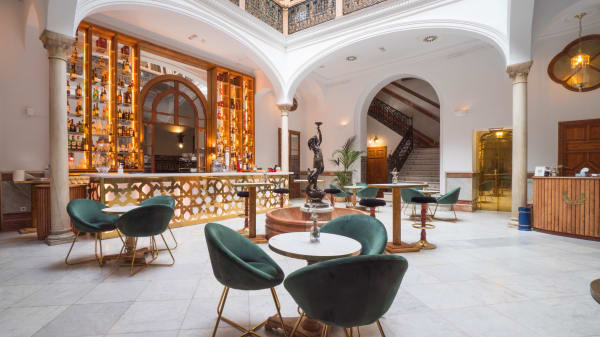 This boisterous restaurant takes its name literally — entering Tickets is like walking into an old-school cinema. Chef Fran Agudo whips up a variety of finger foods, tapas, and entrées, as well as an extraordinary tasting menu. (Note: Do not overlook the "Trip Around the World with 14 Oysters" portion of the menu.) Tickets ranks No. 52 on the 2015 World's 50 Best Restaurants list and it's owned by none other than former elBulli chef Ferran Adrià and his brother Albert. 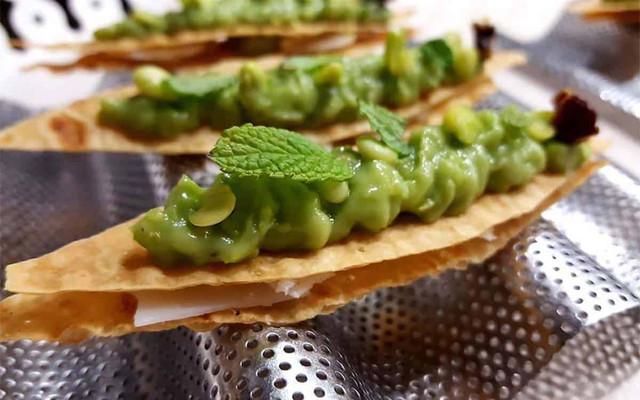